The word tendonitis literally means inflammation of the tendon; however, this can be a misnomer for several reasons.
First, although much of the deterioration and breakdown does occur in the tendon, the cause of the degenerative pressure on the tendon is usually excess contraction generated by its corresponding muscle. Tendons are not designed to carry constant stress and strain. They need time between
normal stresses to recover, heal, and regenerate. A chronically contracted muscle keeps a constant strain on its tendon; thus, the tendon never rests and is subject to pain and damage.
Second, according to research published in the British Medical Journal, over the last 10 years local biopsies during surgery have often demonstrated that there are no inflammatory cells in the region of the so-called tendonitis. Any inflammation appears to clear up within 3 weeks of the event that caused the actual damage.
Third, much of the pain is often generated by the chronic pulling on and micro-tearing of the periosteum, which is the attachment of the tendon to the bone. Clients often report that the problem feels as if it is “in the bones.” While there is indeed a problem at the surface of the bones, the
source of stress is frequently the belly of the muscle. Because of the proportionally high level of sensory nerves in the periosteum and few pain-sensitive nerves within the muscle bellies, this painful sensation distracts attention from the muscle belly. Periosteal massage can be effective at reducing symptoms or resolving certain issues in the neuromuscular system. Massage of the tendon or periosteum can produce a reflex-induced change in the neuromuscular system, reducing tension in the muscle; this is usually less efficient than direct pressure into the muscle belly. However, if the muscle belly is not directly addressed, the hyper-tonused muscle fibers will likely continue to create problems in the future. Because symptomatic pain shows up more often in the tendons and periosteum, the usually causative muscle belly may go unnoticed and untreated. In many cases, focusing on the tendon is counterproductive. In most cases, except for direct injury by external impact, it is direct reduction of the neuromuscular tension that allows the tendon and periosteum to de-stress, rest, heal, and regenerate.
Fourth, it has been suggested by some medical authorities that the proper term for this syndrome would be tendinosis or tendinopathy; however, either variation still leaves out the most important factor: the contractile muscle belly that causes many of the problems in the first place.

See what You will Learn at a Medical Massage Therapy School Specializing in Clinical Therapeutics with a 100% Pass Rate. ... Study with Top Rated Professional Therapists. 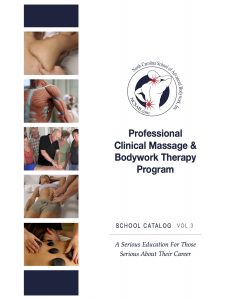